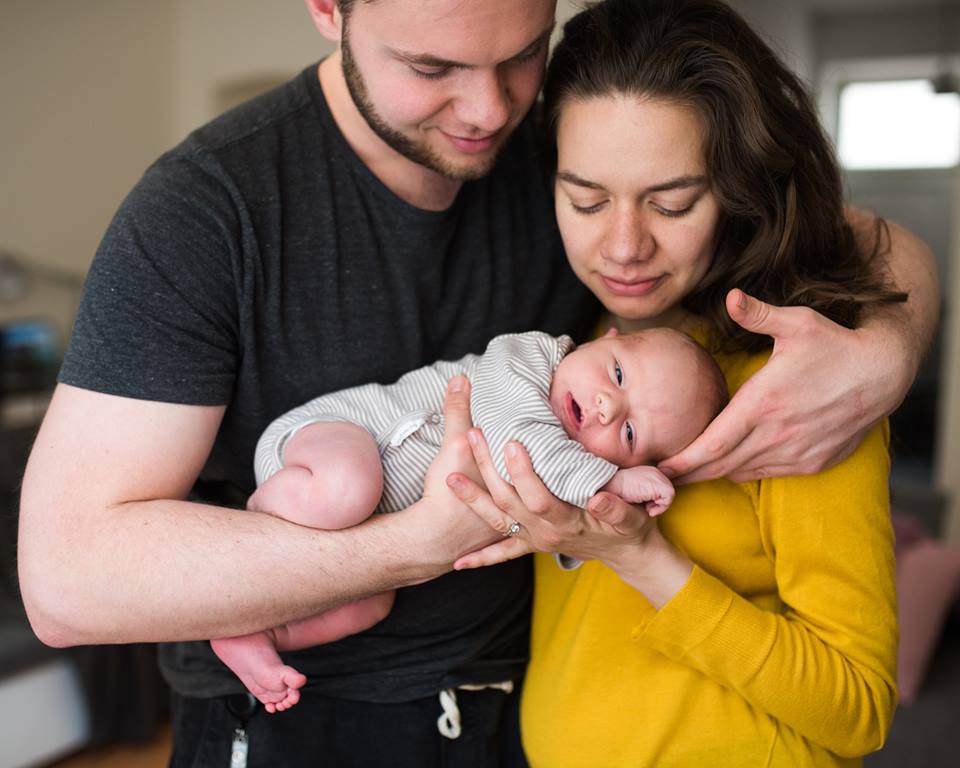 We, Vasyl and Olga, are Ukrainians who don't speak Hungarian. So having a baby in Budapest was already quite a challenge for us. And also we were thinking about having as natural delivery as possible but in the hospital. So it was clear to us, that we need to have a doula to help us. We’ve reached Tünde through Budapest moms Google group, where she was recommended as a Russian-speaking doula (however, we mostly communicated in English). So we invited her for a coffee and liked her from the first moment of our introduction. She's calm, positive, with good intentions to be a part of our special moment of life. She clearly knew her role and told us a lot about herself. She's open to questions and honestly wants to help. When the day came, we called Tünde at 6 am. Immediately received an answer (felt like she wasn't even sleeping :)) and she was in the hospital quite fast after the first conversation. We felt very comfortable and confident together with her. Apart from moral support (which was incredibly valuable for both of us), she helped Olga to cope the pain by doing massages and compresses. Well, hot compresses with oils for the lower back were just the best there! She also helped us with translations or explanations when it was needed. There was very warm cooperation between Tünde and medical staff without any conflicts. In general, our baby delivery took more than 14 hours. Despite our wishes to have a natural experience, we had some induction, but as it was not successful, we ended up having a C-section. However, we're happy about every minute of our experience (regardless of all the difficulties we went through) and a big part there was played by doula Tünde. Our little son David was born at 16:44 on March 10, 2017. He was the biggest one in the hospital - 57cm 4.250 kg (no wonder we ended up with c-section :)). After the operation, Tünde kept her eye on a baby and all the check-ups made with him. Then she went into our family room together with Vasyl to help him up to bond with our baby David. When Olga came after the operation, Tünde helped with the first breastfeeding, which was a huge help, as Olga was really exhausted and still has effects of spinal anesthesia. Despite the long and stressful day, Tünde didn't show any signs of being tired and was charged with a positive energy, which helped us understand how huge this day of our life is. We are thankful for Tünde participation and attention. And we believe that her presence made a huge difference. Highly appreciate, Vasyl and Olga.